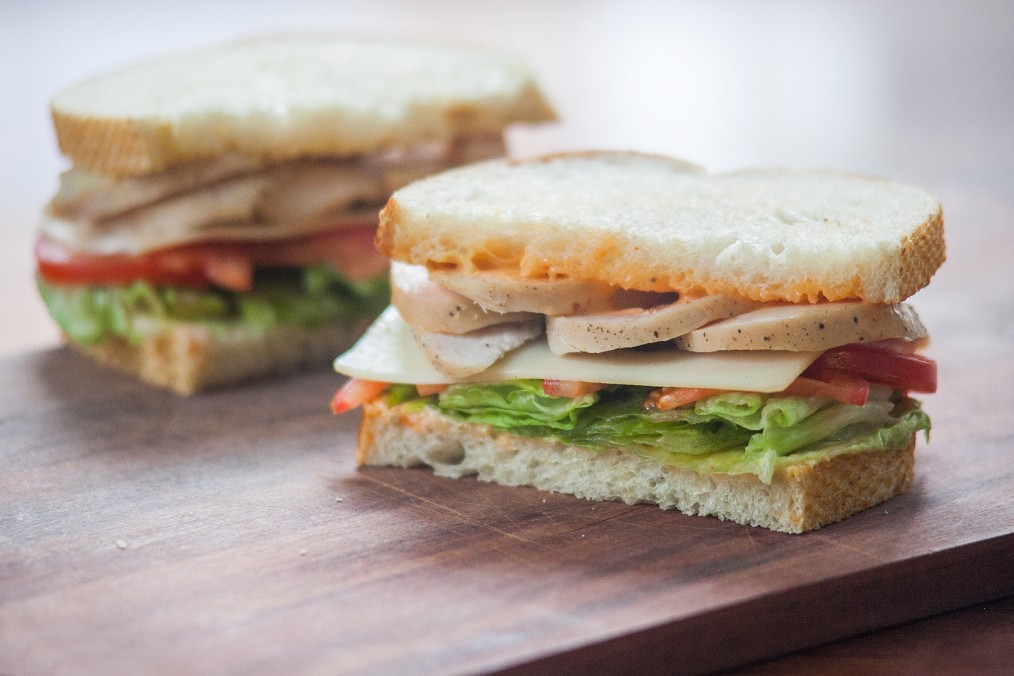 Get the recipe: Roast Turkey Breast for Lunch Meat

The only time American Muslims think about Halal fresh turkey is during Thanksgiving season. Once November passes, though, you simply can’t get your hands on Halal turkey meat that isn’t either turkey bacon, sausages, or deli meat.

Most Muslims are okay with this, since they only think about a roasting an entire turkey whole. Me, however? I wish I had access to Halal turkey all year long to use the different parts of the bird for dozens of different recipes.

My favorite part of turkey is the breast meat. Why? For roasting to make lunch meat, of course. Turkey breast roasted at home beats the pants off of the store bought stuff, and is super easy to make, too.

I found a local Halal butcher that was selling fresh turkey in parts and I picked up some turkey breast to make lunch meat. Here’s how I would make my own turkey meat if it was available all year. 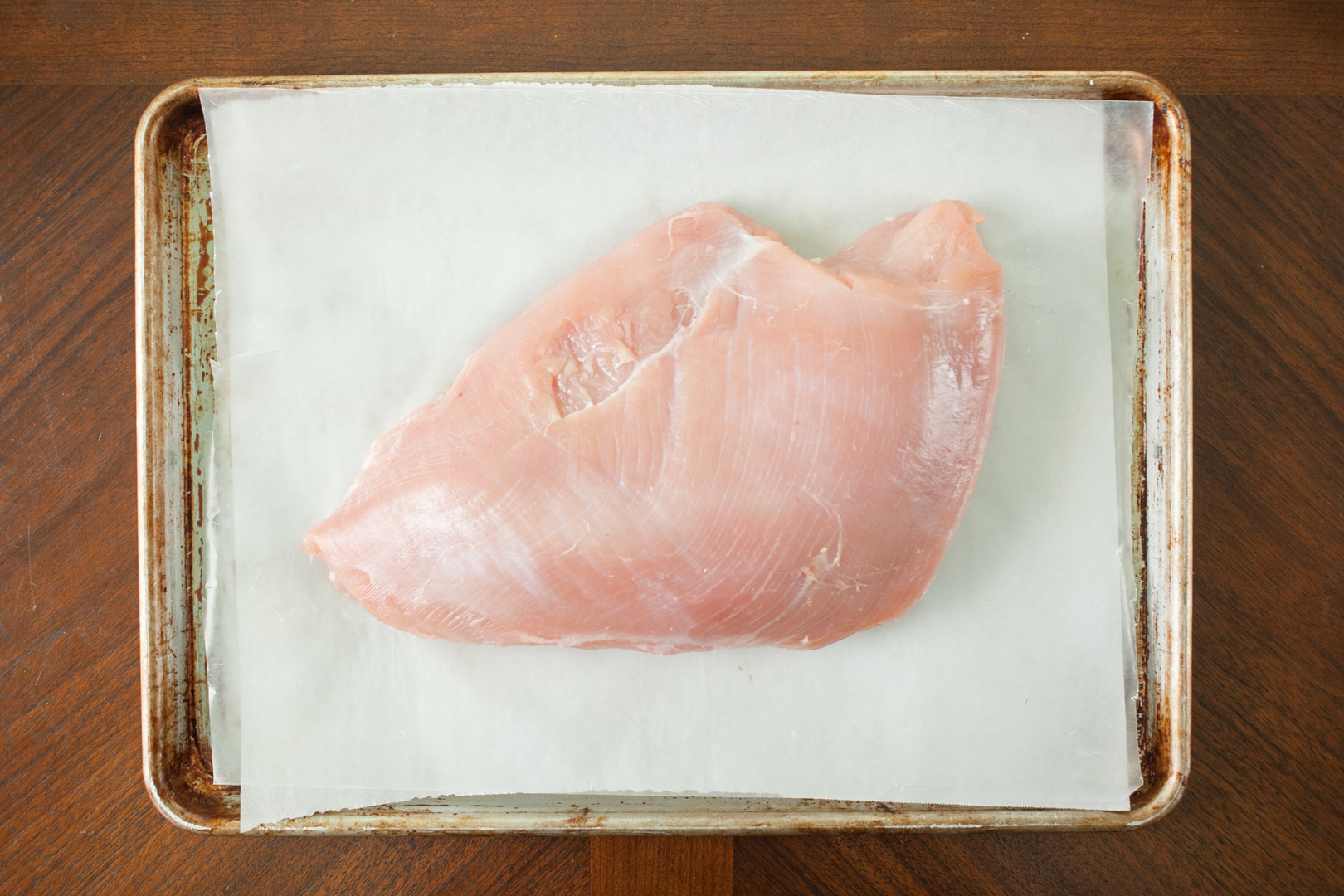 Just like Halal shops sell boneless chicken breast, I’d buy boneless turkey breast. It’s much larger; this boneless breast weighed four pounds which is the weight of some whole chickens I get. It could be used for salads, tikka, tawuk, or even butter chicken using turkey. Me? I’d be making lunch meat. 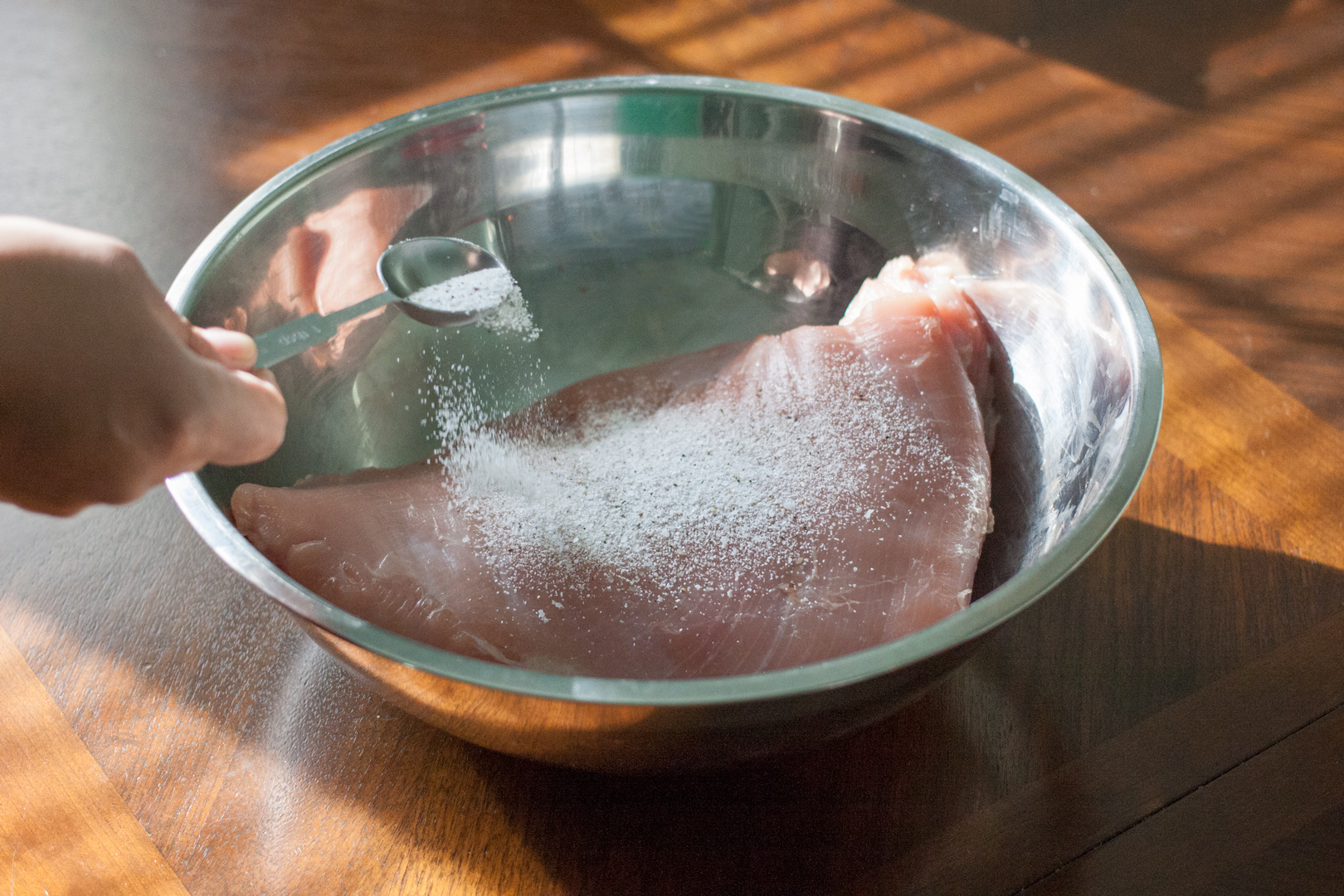 Here’s the cool part. Unlike processed deli meat, I’d be seasoning it to my liking and without any extra ingredients. I’d go with a good amount of salt but not too much like the cold cuts. That way, I can add more turkey to my sandwich without feeling like I ate a ton of sodium. I’d add 1/4 ounce of salt per pound of boneless turkey which is about a 1.5% salinity, less than processed meats which are around 2%. 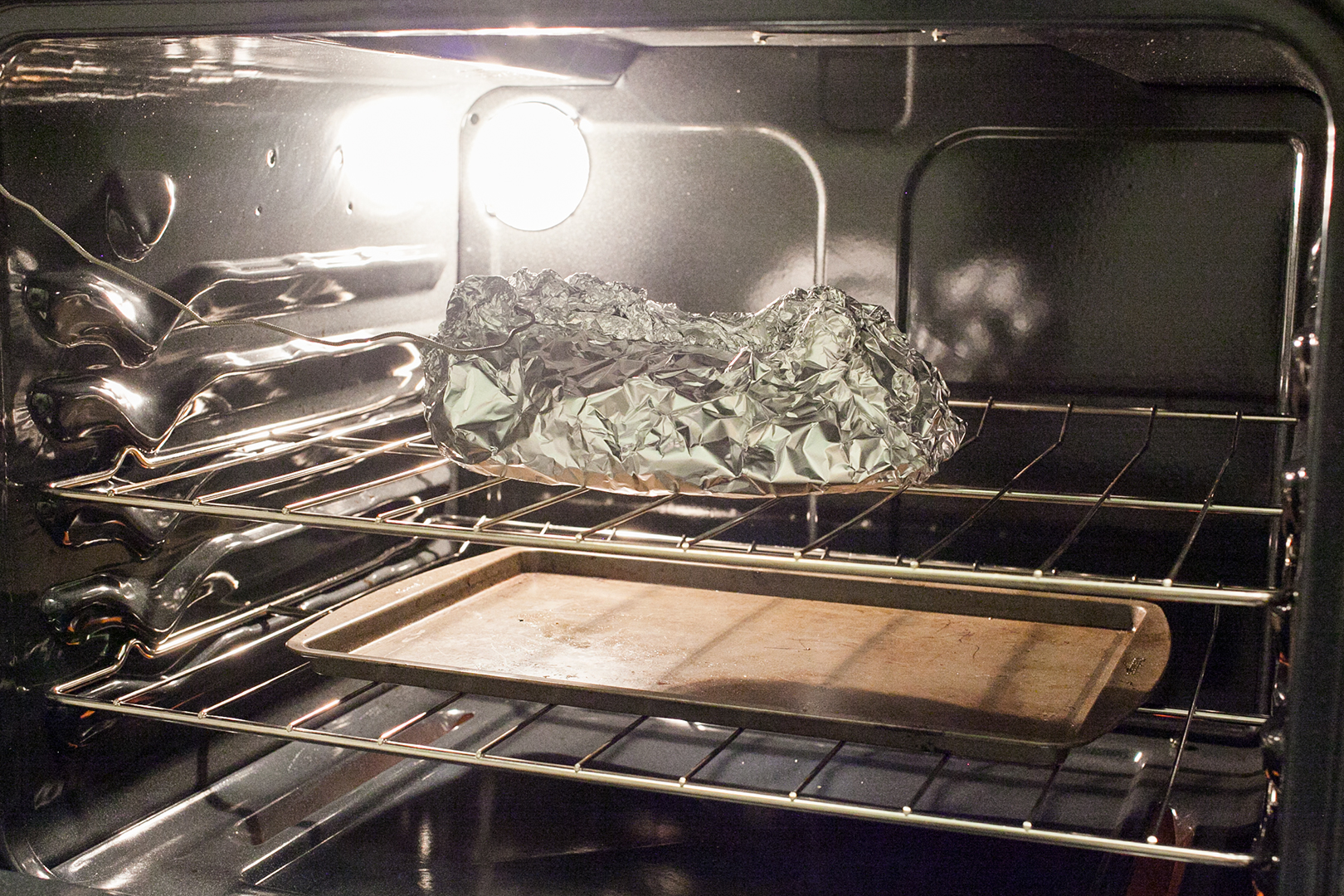 If this was skin-on bone-in turkey breast, I’d slow roast it as it since the skin and breast bone would protect the meat’s surface from drying out. Since this would be boneless breast, I’d choose to roast it crimped in foil to protect that outside layer. A low temperature oven of 300 F slowly and evenly cooks the breast meat. I’d oull the breast once the turkey’s internal temperature reaches 155 F; the final temperature will climb to 160 F out of the oven. Pulling at 165 F like the USDA recommends will result in meat that will climb to 170 F which means dessert dry meat and a waste this beautiful cut of turkey breast. By pulling at 155 F and not only will be the meat be cooked through, it will be much juicier. 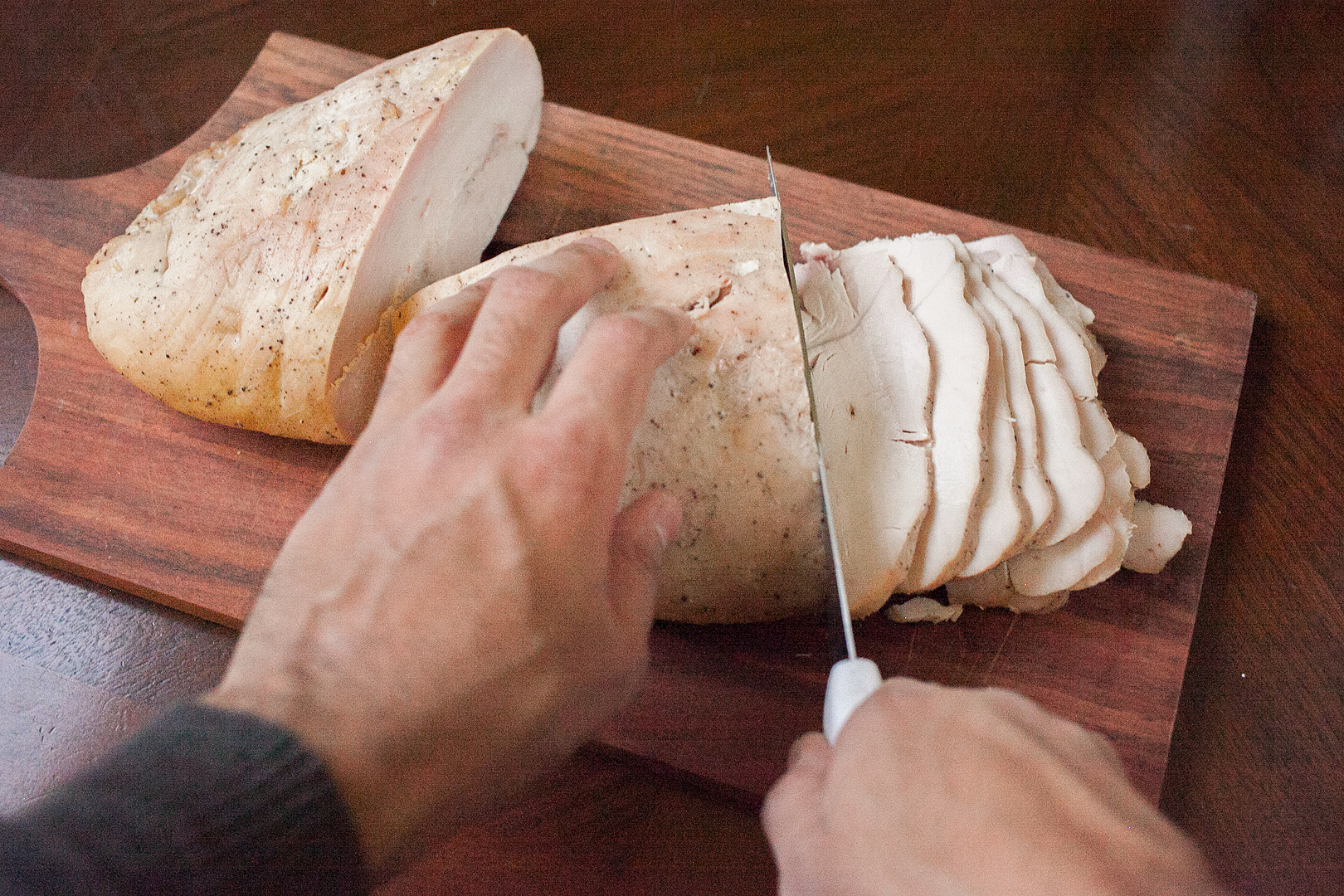 This turkey breast is done. For the classic deli style thin-slices, I’d take this back to my favorite Halal store, Mediterranean Market, who slices any meat you buy and cook from them for just $1 per pound. But for turkey, I prefer to slice by hand for that more carved turkey thickness. A nice, sharp knife cut against the grain does the trick.

Step 5: Build a sandwich and devour 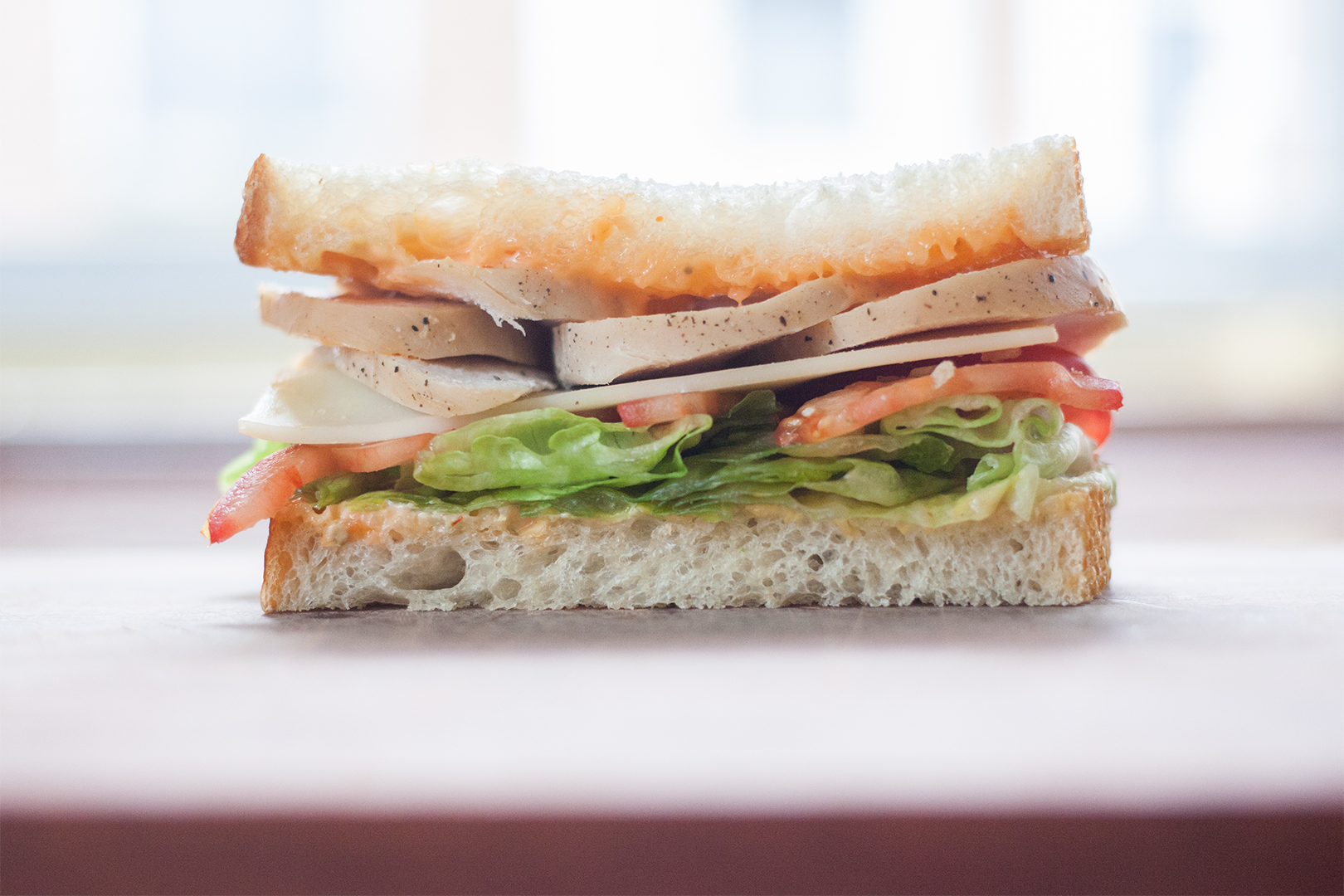 Here’s where I’d bring it home: awesome sandwiches for the family throughout the week. There are rules to a great sandwich. Namely, get great bread and great meat. With good loaf from the bakery section and fresh Halal turkey breast, I’d have both. I’d load up that turkey, add my favorite fillings and condiments, and go to town.

Why not just use deli-style turkey (lunch meat, cold cuts)? 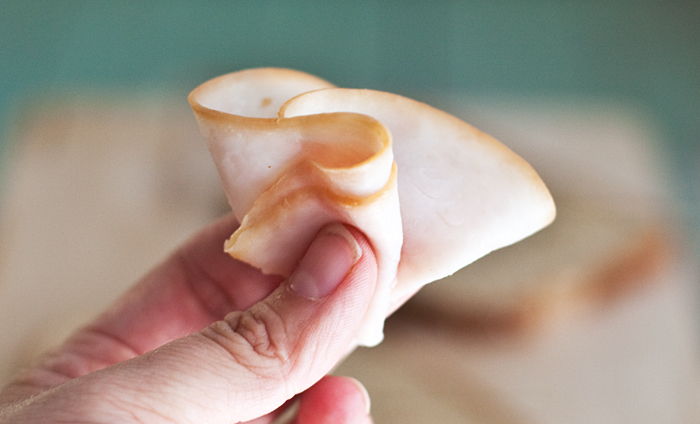 Deli-style Halal lunch meat made from turkey breast has become a staple in many American Muslim homes. It’s lean, consistent and an easy to make into a quick sandwich for a busy day. But it’s got issues. 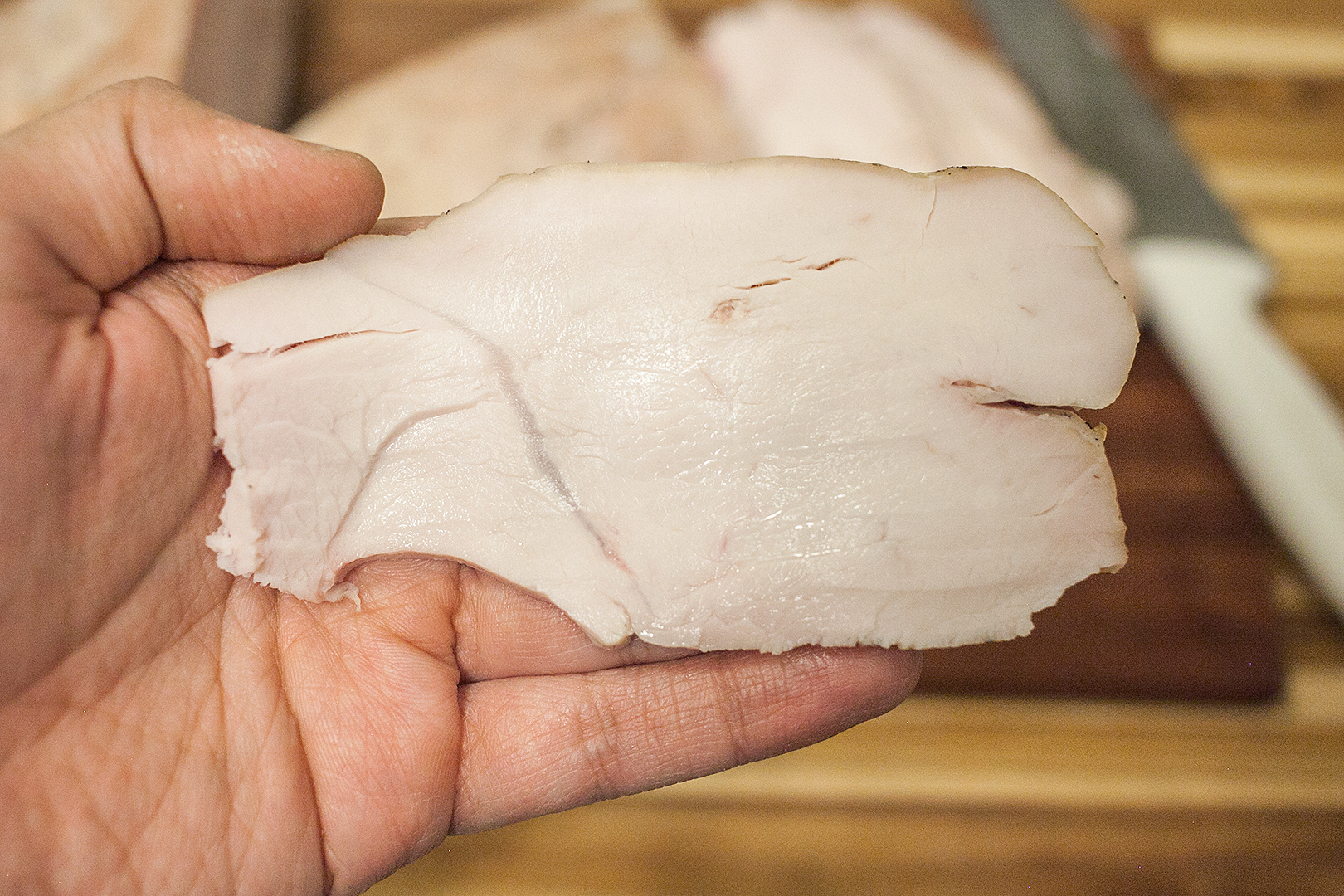 Fresh Halal turkey breast roasted on your own, however, would solve all of these problems. The texture is exactly what you expect turkey breast to be, you can add as much or as little salt and whatever else you want and there are no extra additives in your lunch meat. And it will almost always be cheaper per pound.

Alas, this luxury of Halal fresh turkey breast only exists during November. Maybe December if my butcher has leftover turkeys they couldn’t sell that they put into their freezer. But then I’d have to thaw the whole thing and break it into parts on my own or convince my butcher to do it for me. If only I could just get fresh Halal turkey in whatever parts I wanted all year long.

Halal meat suppliers, I hope you’re paying attention. If you can figure out a way to make it happen, I will happily buy the stuff from you. Meat shops could roast and sell their own, giving customers the option of a natural non-processed turkey lunch meat. If done right, it’ll be super juicy and full of turkey flavor.

And the possibilities for the rest of the bird are endless. Smoked turkey lunch meat, fresh turkey sausages, turkey biryani, turkey nihari, turkey tikka, turkey makni, you name it.

Until that day comes, though, I’m happy with buying extra turkeys every November and December and enjoying my lunch a little more than usual. 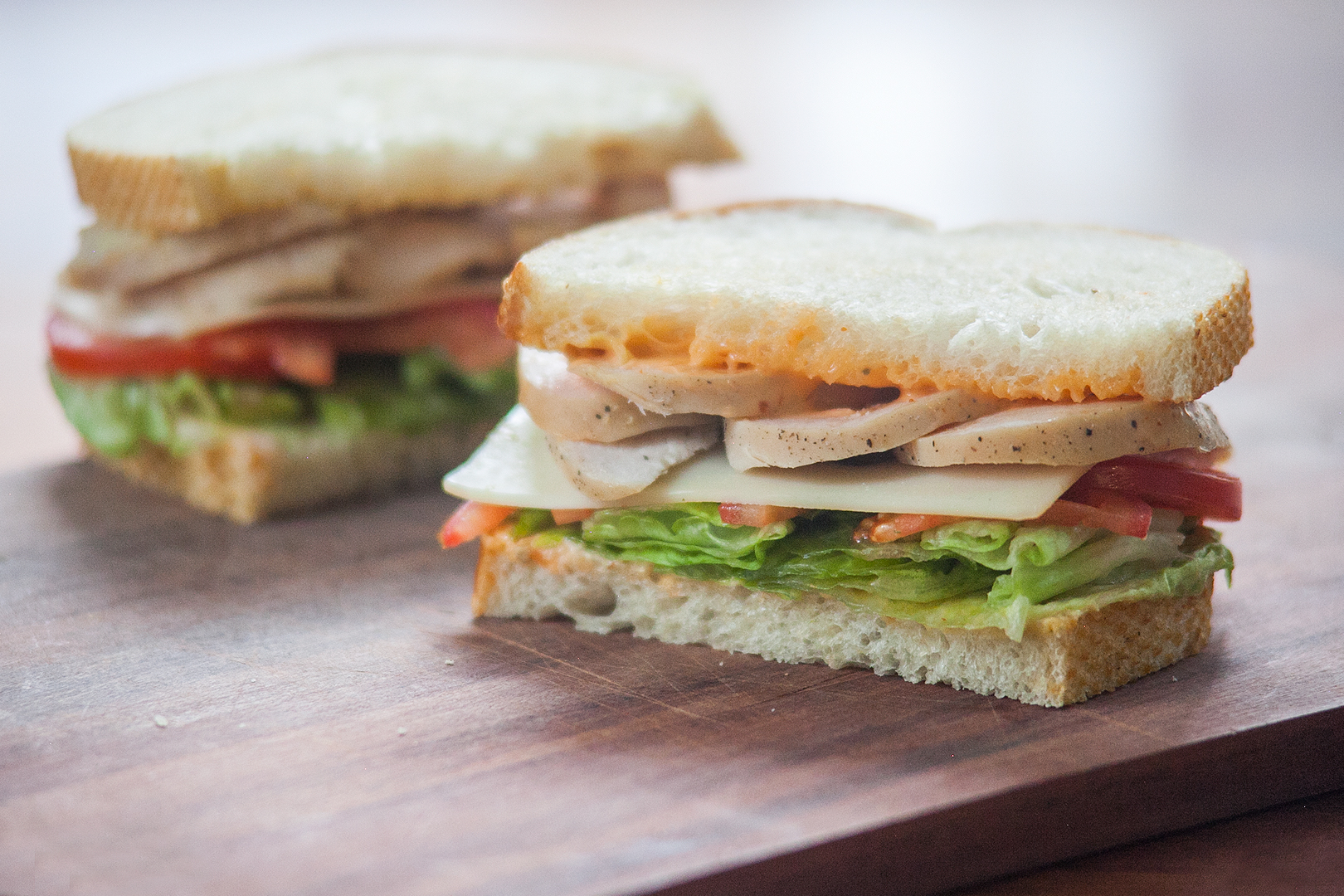 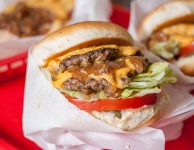 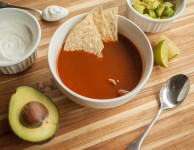 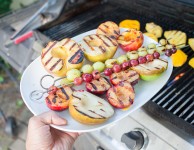 Want To Add Some Summer Flavor To Your Fruit Chaat? Grill Your Fruit 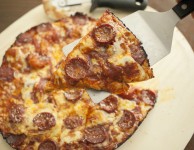