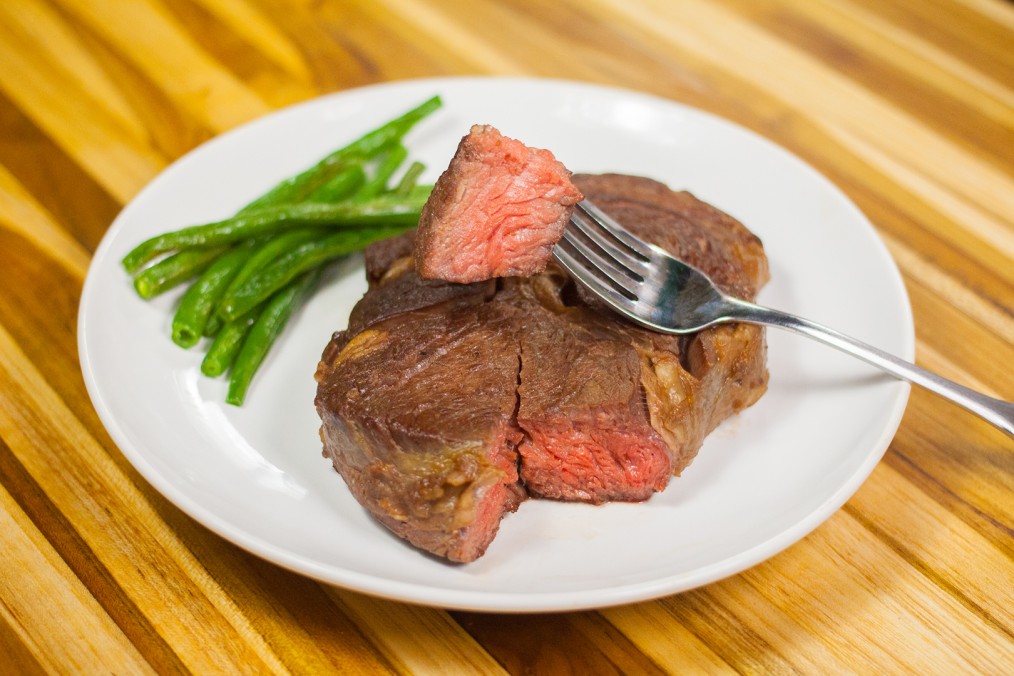 Why Eating Red Meat a Little Rare Is Not Only Okay, It Tastes Better

If there’s a group of people that are absolutely averse to red meat cooked, it’s Muslims.

I get it. Many of us come from cultures where rare meat is not really eaten, meaning it’s not something we’re really used to.

But here’s the thing: red meat when cooked a little bit rare, is not only totally fine to eat, it’s delicious. Allow us to convince you why less done red meat is not only all good but something you should try your next cookout or steak night. 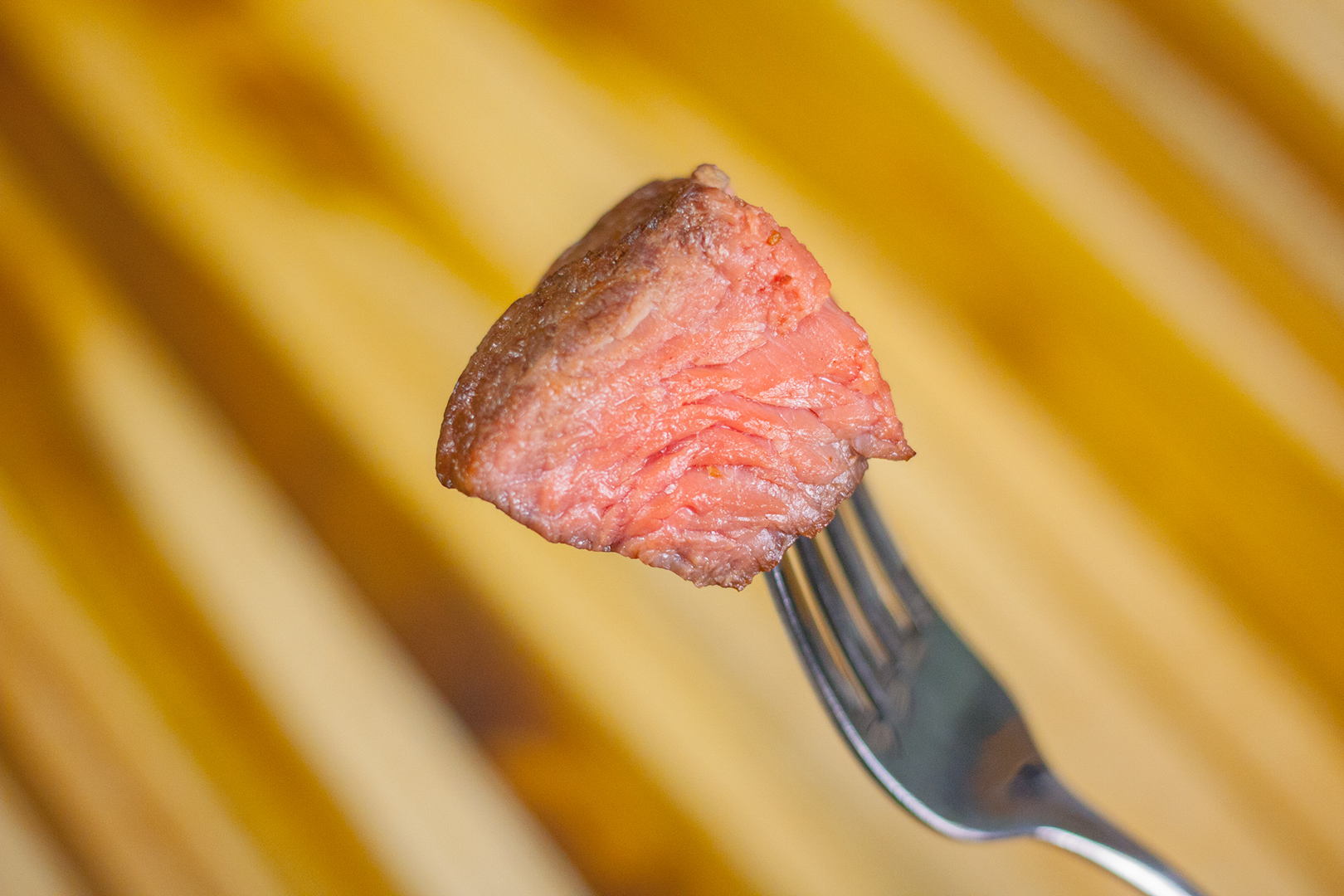 You now that red stuff you see in beef or lamb? It’s not blood.

Simple explanation: That stuff is just meat juices, locked away in the cells of the meat.

Besides, an animal’s blood is drained when it’s slaughtered, especially for animals slaughtered in the Halal way. So, the term “bloody steak?” It’s painting a wrong picture. The more red cooked red meat is, the more of that meat-juice it has. 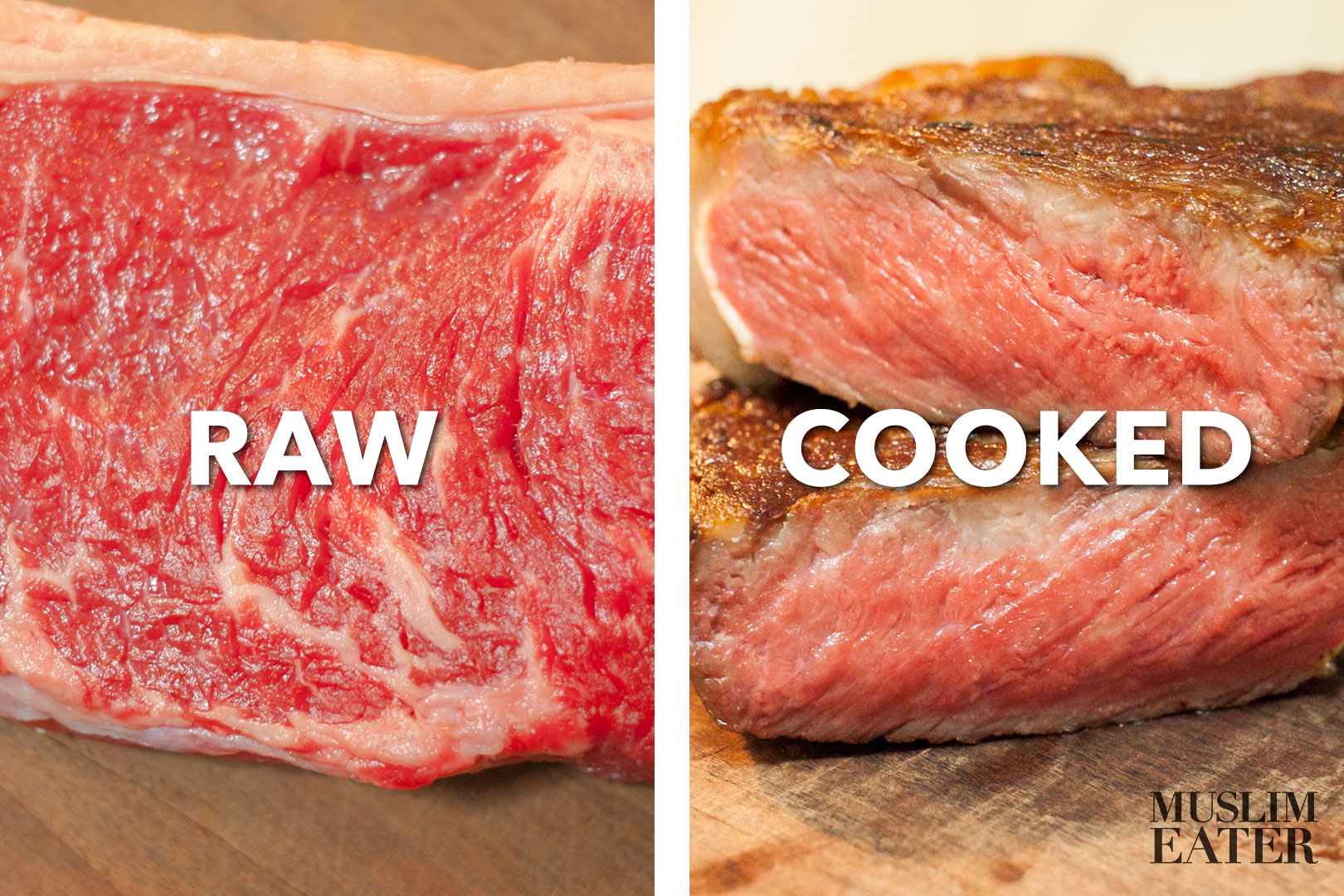 “This is still raw!” many Muslims incorrectly say when they see medium rare meat. It’s not raw, though.

Raw meat is uncooked. It has a very red and shiny look to it. Rare meat is cooked. It has has a more pink, opaque and set look. Side by side, you can tell the difference.

It also helps to get to know the temperatures at which red meat is cooked and served.

See how once the temperature of meat gets rare, that’s when people start to feel safe eating it?

That’s because once meat reaches rare temperatures, that’s when the muscle structure changes begin to take place. Imagine if your own muscle tissue reached 120 °F internally (okay, don’t imagine that). That would do quite a number on your insides.

Bottom line, meats cooked to rare are, in fact, cooked. Not raw.

Reason #3: You end up eating the red stuff, anyway 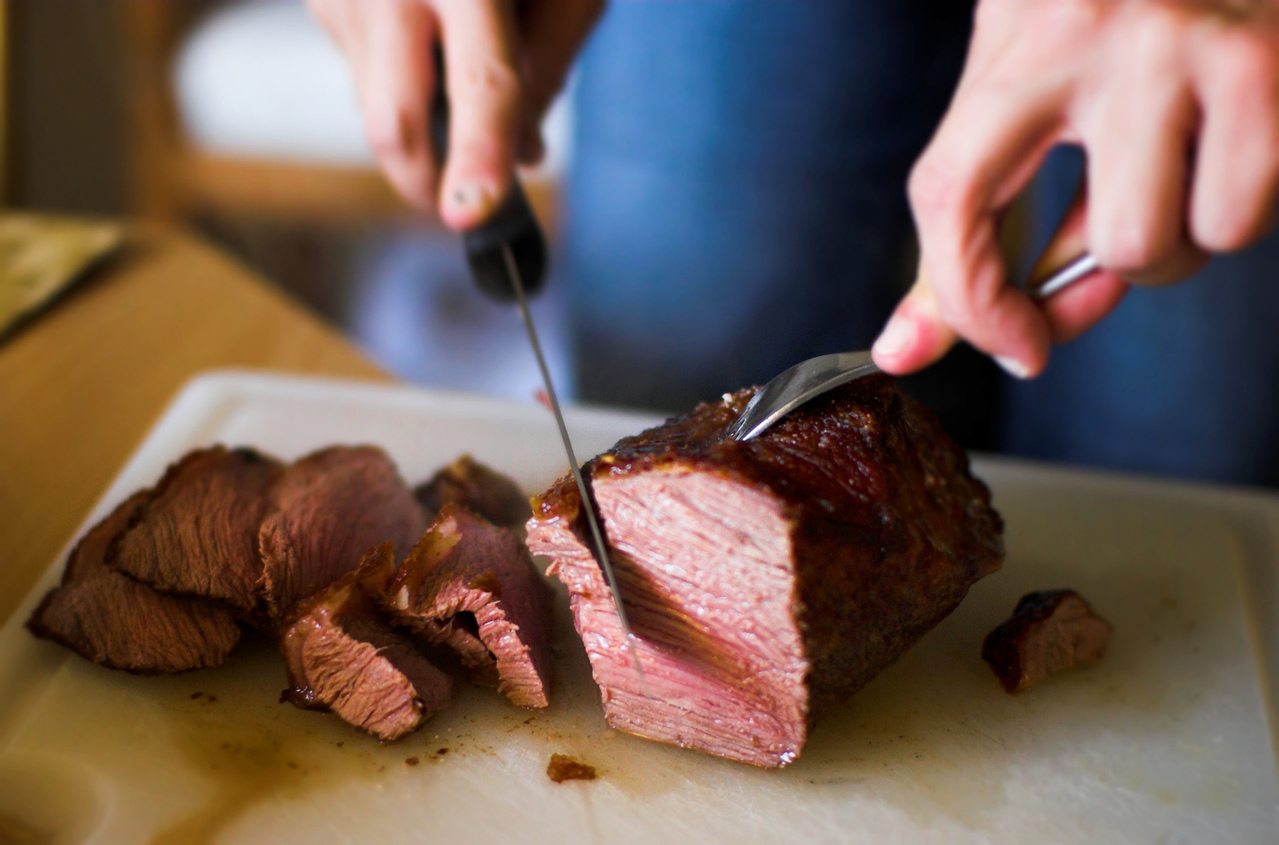 So, fine it’s not blood, it’s juiciness and it’s not raw, it’s cooked. But cooking it to well done makes all that.. “stuff” go away, right?

Wrong. Think about it. That meat-juice that was red is still in the meat. It just dried out and turned grayish-brown as your meat was cooked to well done.

It never really went away. You’re still eating that “stuff.” Just, instead of in a luscious form that happens to be red in color, you’re eating it in a dried up form that’s a dull hue of gray-brown.

Why not eat it more juicy and enjoyably?

Ever heard this before? “Meats should be cooked to well done in order to be considered same to consume.”

That comes from a recommendation from the USDA which recommends cooking red meat to 160 °F, or well done. This temperature gets the meat hot enough where it’s practically guaranteed to kill off any harmful pathogens that happened to be in the meat.

But that recommendation is for commercially ground meats. As in the stuff that’s sold at non-Halal grocery stores or served in many non-Halal restaurants. Anyone who eats Halal would never have to worry about this meat.

For whole cuts of meat like steaks or roasts, though? The USDA actually recommends 145 °F, or medium, as totally safe to consume.

For the Halal eater, as long as your supplier of Halal meat is sourcing good quality animals that aren’t sick or carrying disease at the time of slaughter, you shouldn’t have to over-worry about food safety.

Take my favorite Halal brands of beef in Chicagoland, for example: Zabihah Halal Meat Processors and Crescent Foods. They source quality red meat, which offer meat which is either antibiotic free or something close to it. That means they don’t That means if a cow or lamb was sick, they’re not slaughtering it and selling it to me.

And my go-to butcher, Mediterranean Market in Lombard, IL? They practice super clean, best practices in handling their meat with big open display counters for customers to see. When I get ground meat from, I know they’ve handling it right.

All these things you can ask from your respective supplier and butchers, too, and make your meat all the more safe to consume. 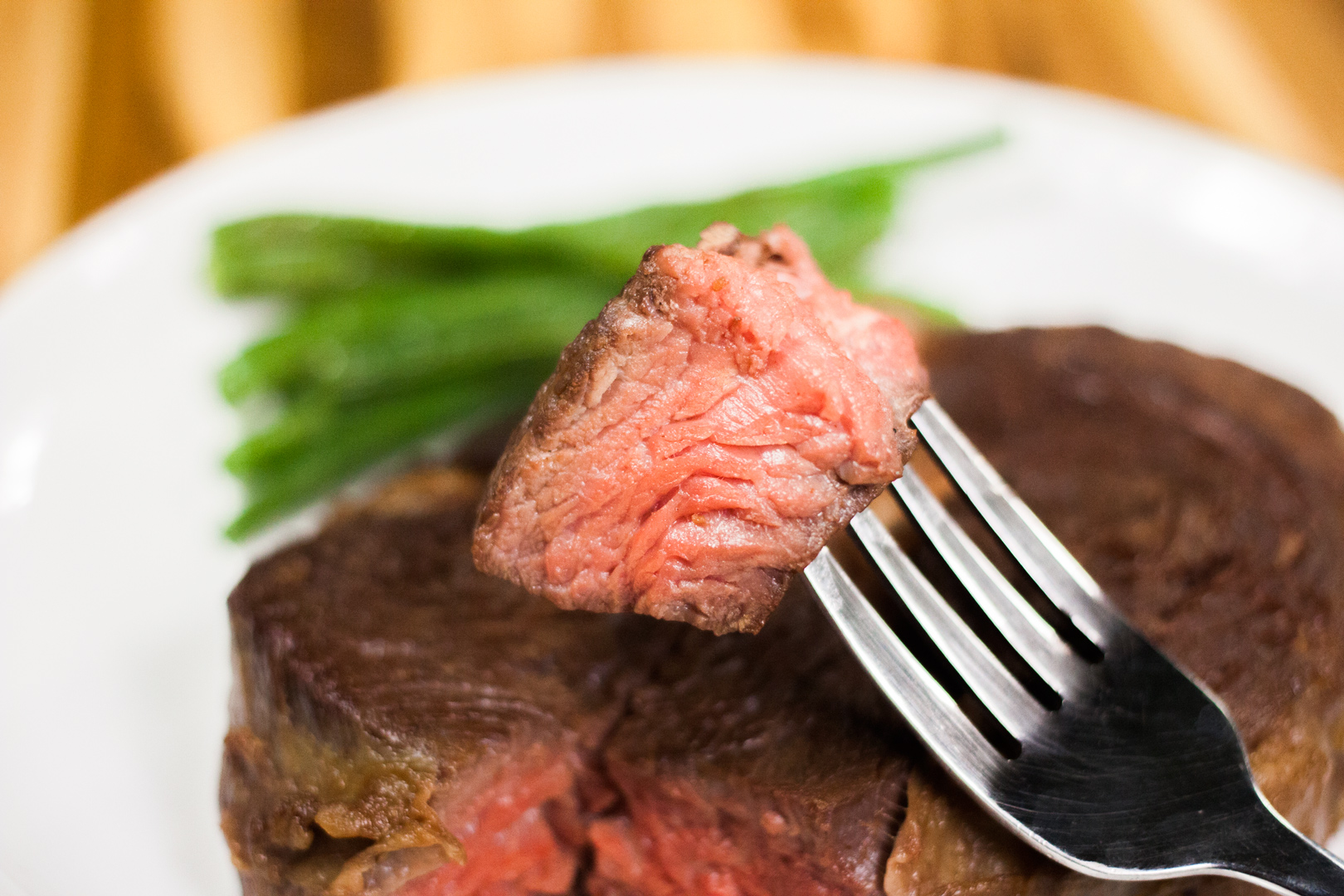 It’s true. And there are three reasons why.

Juicier. At medium rare or medium, red meat only loses up to 20% of its juices. With well done meat, the meat loses up to 45%. That’s more than double the amount of juiciness just gone, a tragedy for expensive cuts and steaks.

More tender meat. Well done meat eaters know, their steaks are pretty darn tough. So they either drown their steaks in sauces, or even do things like apply tenderizer to the meat before cooking. Why? Because as meat is cooked to well done its muscle fibers toughen up significantly. Cuts for steak are naturally tender and will remain that way, as long as you don’t overcook them. Keep them medium rare to medium and the meat will practically melt in your mouth.

More flavorful meat. The hallmark of meat’s flavor, especially red meat, is in its fat. At temperatures of around 140 °F, fat just begins to melt and soften. Continue cooking to well done at 160 °F, however, and much of that fat render out of the meat leading to even more moisture loss and what was soft and delectable at 140 °F will become rubbery and tough. Cooking meat to only medium rare or medium at the most means juicier most flavorful meat.

Our appeal to you: Try more rare red meat 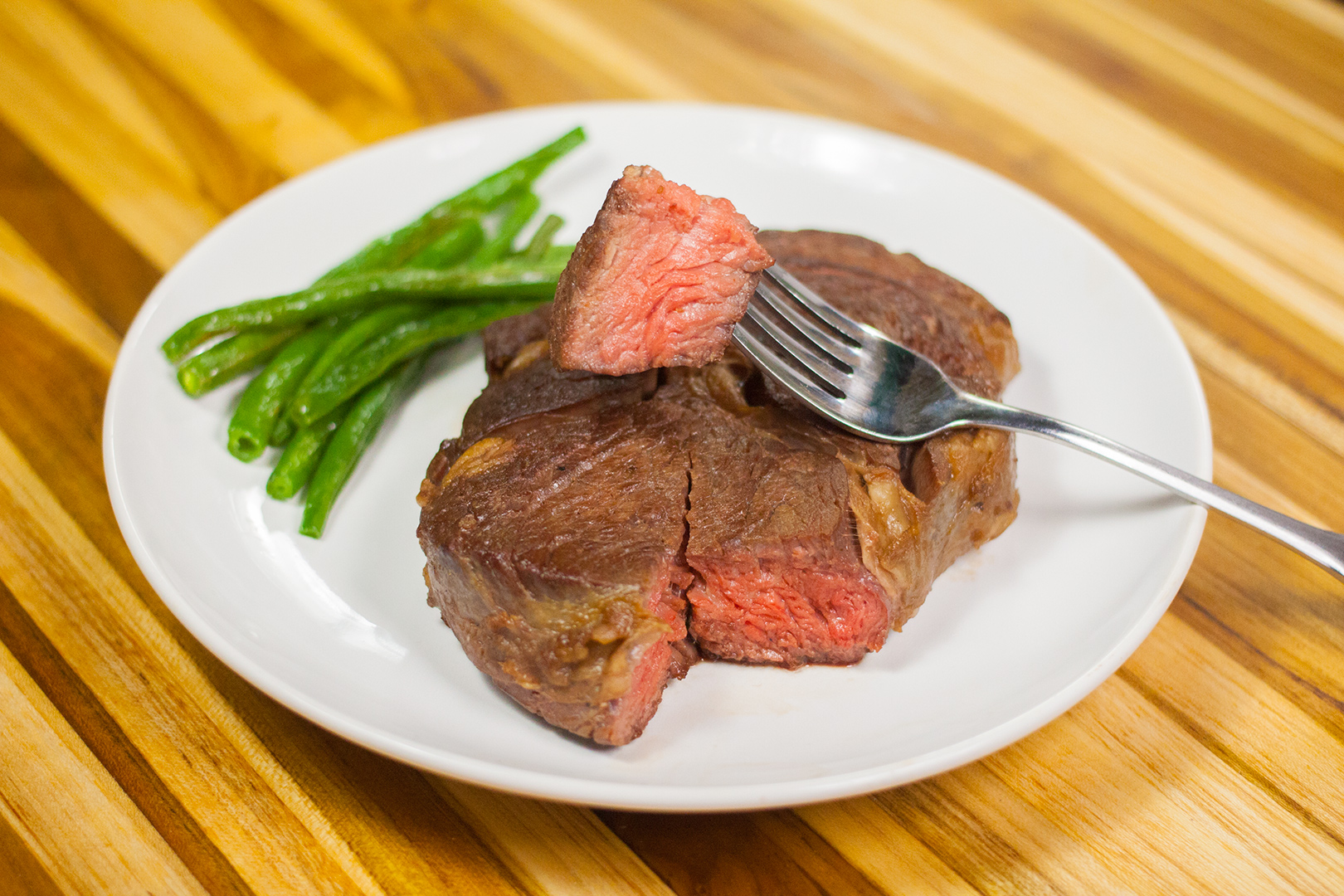 All this being said, I do admit that doneness of meat is primarily a personal preference. However, I also believe a lot that preference is driven by misconceptions such as the ones addressed above and cultural norms. It would be one thing if someone has tried both in unbiased ways and concluded they absolutely love more done than less done red meat.

But if you’re someone who’s totally averse, on the fence, or actually curious, we request you to try eating your beef a little less cooked than well done. Your taste buds will reward you.

You don’t have to jump down to totally rare meat, which not a lot of people even like. Try medium-well, and work your way down to medium, great for fatty burgers, and eventually medium-rare, best for steaks, if you’re interested. The amount of extra juiciness and flavor will totally be worth it.

But rest assured, eating your red meat a little on the red side is not only fine, after trying it you’ll agree that it’s delicious. 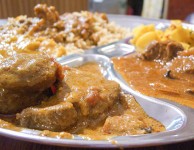 Is Eating Meat Bad For Your Health?